Engineers should be taking advantage of at least five trends forming in the control industry, says S. Arves Stolpe, a product manager with National Instruments, Austin, Texas (ni.com). Stolpe says that drivers for the trends come from ideas such as the notion that complexity translates to value. “The easy control problems have been solved,…

Looking for a few good MW Oregon wants to add wind energy to its Pacific Northwest. An initiative aims to integrate wind and natural gas-fired energy to reduce the use of coal-fired generation. The effort could…

Thin is in — for solar cells Engineers are trying to make solar power an affordable energy source. Those at Stanford have conducted research finding that light ricocheting around inside the polymer film of a solar cell…

Construction of 45-MW in Canada Construction of a 45-MW Canadian wind farm is set to complete in early 2011. The Lameque Wind Power Project, in the Acadian… An array of different protocols, custom software, and legacy devices were necessary in the past to exchange information in large production facilities such as wind farms. What’s more, many information users in a variety of locations made for inefficient systems. To fix the problem, a manufacturer of power and automation products has produced a micro… Continue The world’s largest offshore wind farm has officially opened. The 300-MW Thanet Offshore Wind Farm, off England’s south east coast, is complete after two years of construction. The wind farm has 100 turbines, reaching up to 115-m, and is owned by Vattenfall, a European energy… Continue

Earlier in September, accounting firm Earnst & Young said China has succeeded the U.S. as the most attractive location in which to invest in renewable energy projects. Their latest Renewable Energy Country Attractiveness Indices study ranked countries on such things as regulatory risk, access to finance, grid connection, and tax climate. After holding first place since 2006, the U.S.… Continue

Turbines save $3M in diesel for Alaska’s Kodiak Island Wind turbines are helping the city of Kodiak — on Kodiak Island off the southern coast of Alaska — reduce its use of diesel fuel, lower its energy costs, and create cleaner energy. The Kodiak Electric Association (KEA), the island’s electric utility, installed three General Electric 1.5-MW…

Blade pitting can create unstable harmonics and decreased efficiency in wind turbines, while increasing maintenance and repair costs. In steam turbines, pitting or corrosion can cause the metal to crack. Coating the blade can prevent this. A manufacturer of…
Continue

Fluke Corporation has made available a video primer on vibration testing and mechanical maintenance, which can be viewed at…

EOS showcases its capabilities at K-Fair

At the International K Trade Fair for the plastics and rubber industry, EOS will showcase its e-Manufacturing solutions at a joint booth with LBC and Materialise (Hall 2, Booth 2E23). EOS will demonstrate two laser-sintering systems at the booth—the EOSINT M 270 for metals… Continue A Swedish manufacturer of metalworking products says its copy-milling cutter is suitable for turbine blade production. Seco Tools’ Power 4 features an anti-rotation system and a body design with a fully-hardened nickel coating.…

A high-efficiency, ultra-low power step-down converter is available for energy harvesting and low-power applications. According to its manufacturer, Texas Instruments Incorporated, the TPS62120…

Test and repair for turbine electronics

As wind turbines come out of warranty, the need for repair or replacement of defective turbine components increases. DEX, a supply chain for high-tech…

Original equipment manufacturer Forsta Filters announced Friday that its
new director of sales will work to encourage companies to take
advantage of its Water Stewardship Discount (WSD). The discount, given
on Forsta’s full line of self-cleaning water filters, is offered to
companies and municipalities making improvements to their water use
efficiency. Forsta’s offer has made headlines as… Continue

With a commitment to furthering the sustainable use of water, Forsta
Filters offers a discount on projects involving improvements to
industrial, infrastructure and agricultural/irrigation design. 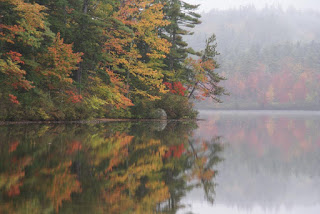